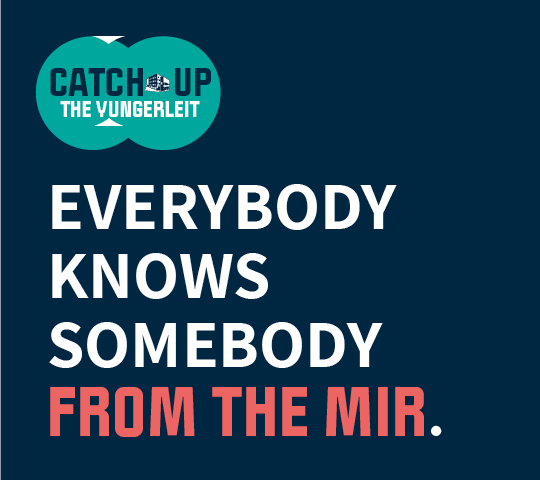 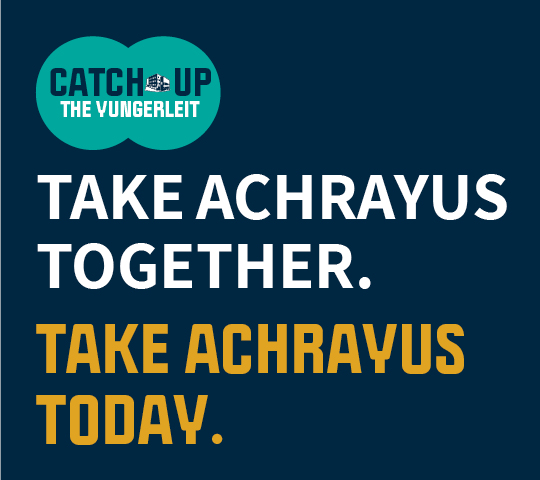 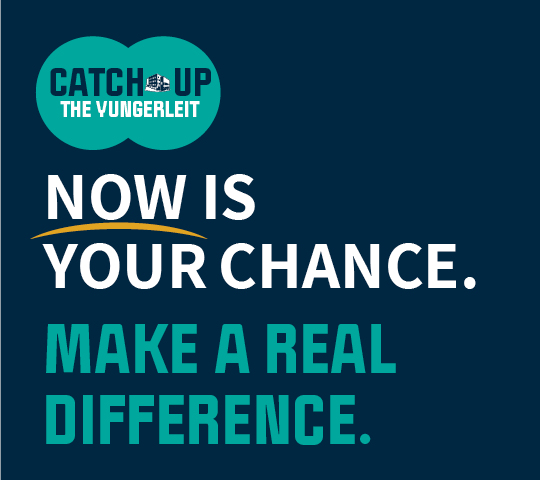 Sorry, couldn't find anyone by that name :(
Loading donors...
SR

In honor of Rabbi Elefant
AN

Thank you Uri for everything you do for the Yeshiva and Mishpachas Mir!
Donation through (121) Stern, Uri - 26113
AN

In honor of Gavi Weiss a true role model and a beloved friend.
Donation through Gavy Weiss
AN

Donation through Drang Family and Friends
AN

Sorry, couldn't find a Partner by that name :(

Donations are no longer being matched.

WHY?To make sure the yungerleit of Yeshivas Mir Yerushalayim are brought current on outstanding Kollel checks before yom tov.THE URGENCYThe urgency is to accomplish the goal before Rosh Hashanah - the onset of the most financially taxing time of the year for them.THE TERMSThe initiative to bring the yungeleit up to date on our financial commitments to them before Yom Tov was initiated by a group of Mir donors who are offering to match every donation dollar-for-dollar above and beyond what they already give to The Mir on an annual basis.While it is of vital importance to catch-up on our commitments to the Yungeleit, it is equally as important that this does not come at the expense of the current annual fundraising revenue that covers the current budget of The Mir.As such, the benefactors who have grouped together to match every donation for this critical campaign, have specified that they will be increasing their annual commitments and they would like to do so for donations that have not been part of your annual donation.If you have not donated to The Mir in the past year, or you will be increasing your annual donation of the past year, then every dollar you contribute to catch-up for the Yungeleit will be matched with new donations as well.THE MIR KOLLELThe Mir is home to the largest Kollel in the world. Located in the Bais Yisroel neighborhood of Jerusalem, several thousand Talmidei Chachomim of all ages spend their days engrossed in Torah study. Collectively, they cover the full gamut of the Torah.THE YUNGELEIT / SCHOLARSThey do so at great sacrifice. The vast majority of Kollel members live on a shoestring budget, barely enough to get by under normal circumstances. They receive a modest stipend from Yeshivas Mir Yerushalayim to help offset their cost of living in Israel.SUPPORTERSYeshivas Mir relies on its global network of gracious supporters who appreciate the sacrifice of the Kollel members and see the great value in their Torah study. These supporters number in the thousands and they live in every Jewish community around the world. People from United States, Canada, Europe and South America - many of them Alumni of The Mir, contribute annually to offset the budget that reaches in the tens of millions of dollars.WHY NOW?Because the yeshiva is located in Israel, all its contributions are converted to Israeli Shekel for distribution in Israel. The recent fluctuations of the Israeli shekel on the global currency market had resulted in a reduction of the Shekels we are able to buy with the very same fundraising revenue in previous currency conditions.Adding to the predicament is the recent inflation in Israel. The cost of living -even the modest living of Kollel families- have risen to levels that have forced The Mir to adjust the Kollel stipend - the financial distribution- for its yungeleit.HISTORY OF MIRYeshivas Mir Yerushalayim was established in Poland in the year of 1817 and quickly rose to prominence among the Yeshivos in Europe.By the time of the Holocaust, it was the largest and most widely recognized, with students from all over the world including United States, London, Germany and Israel.The miraculous rescue of The Mir has been well-documented. The entire yeshiva spent the Holocaust years in Shanghai, China.In the meantime, Rabbi Eliezer Yehuda Finkel narrowly escaped the Nazis and fled to Israel where he reestablished the Mir Yeshiva in Jerusalem where it flourished and continues to thrive to this very day with a student body of ten thousand including its Kollel for married scholars.Students come to the Mir from the entire globe. Wherever there’s a Jewish community, there are Mir students and Alumni.