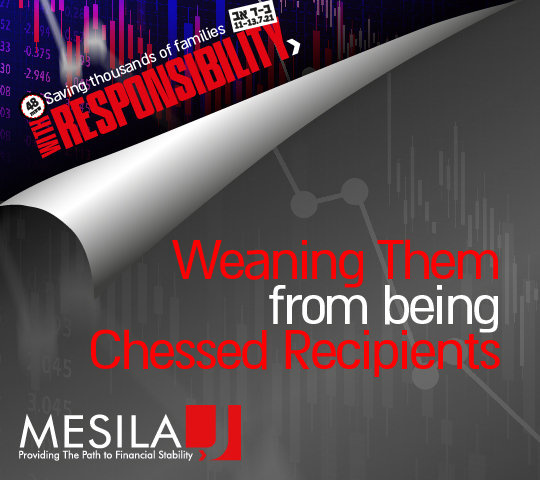 The Need of the Hour

Saving thousands of families – with responsibility!

Five years after the Cohens’ wedding, when they were the parents of three and awaiting a fourth, they found themselves at the end of their rope. The mother had been laid off from her job and was unsuccessful in finding another one, and the father’s kollel stipend alone could not sustain the entire household.

Even before the layoff, their financial situation had been rather shaky, but the salary that came in every month, like clockwork, enabled the family to somehow keep themselves afloat. But now, when even the unemployment benefits had petered out, the couple found themselves with an income that was far smaller than needed to meet the most basic expenses — and that’s without even mentioning the debts they’d accumulated over the years.

For the Levy couple, the situation was different. Both of them worked at lucrative jobs that enabled them to live a comfortable life. But with time, they’d adopted a more extravagant, ostentatious lifestyle. The debts started piling up. When the father was suddenly laid off from his job, this was the straw that broke the camel’s back.

Every year, hundreds and thousands of Chareidi families a year find themselves in situations similar to that of these two families.

These homes are tottering at the edge of an abyss, and at times, are already deep inside of it. They must choose between two alternatives: entering the cycle of dependence on support from chessed organizations to assist them with food, tuition, and other necessities — or seeking guidance and coaching to help them get back on their own two feet.

For more than 20 years now, Mesila has been saving thousands of families from collapse and from dependency on the support of chessed organizations.

Mesila was founded with a profound understanding of the need for education in wise and responsible financial management, education that would effectively render dependence on charitable handouts extraneous.

Every year, Mesila deals with thousands of families and literally saves them from falling into the abyss.

How do we do it? With a proven, professional coaching and guidance program that helps each family set its own priorities, while enhancing income and streamlining expenses.

We have a network of family coaches as well as courses for young couples and chassanim and kallahs, and educational programs in schools.

The direct outcome of our work is the rescue of thousands of families from total financial collapse and the prevention of financial havoc for thousands more.

Unfortunately, though we are doing tremendous things, we are unable to respond to dozens more calls from families every month because of budgetary limitations. This means that instead of being rescued, these families are compelled to enter the cycle of neediness and dependence .

And this obligates us to get up and do something for them, for ourselves.

Mesila is now launching a project aimed at providing coaching to every family, before they fall.

The costs of the project are steep, and in order to meet them, we need the help of the public.

True, on paper, you can always find more wrenching tragedies and more chilling stories. But only with a donation to Mesila can most of these tragedies be averted.

We are speaking about thousands of families. Some of them — you know personally. These families are on the brink, and Mesila is the only thing that can stop them from tumbling over and pull them to safety.

And, for that, these families need you.

You understand what hangs in the balance.

You know that in the reality created by Corona, the need of the hour is to give these families in distress a fishing rod and to teach them how to fish — rather than to give them a handout of fish.

You can help us be there for them.

Help us rescue them.

Share with your friends & family!
Tell your story. Why did you donate to Mesila? 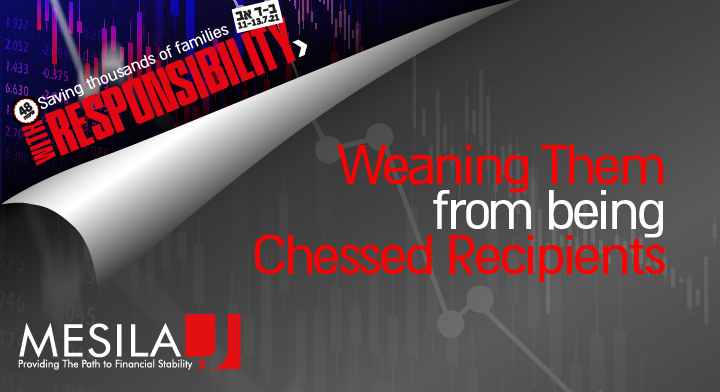