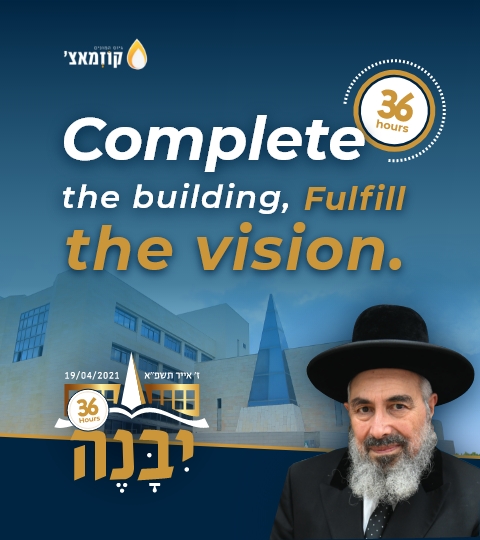 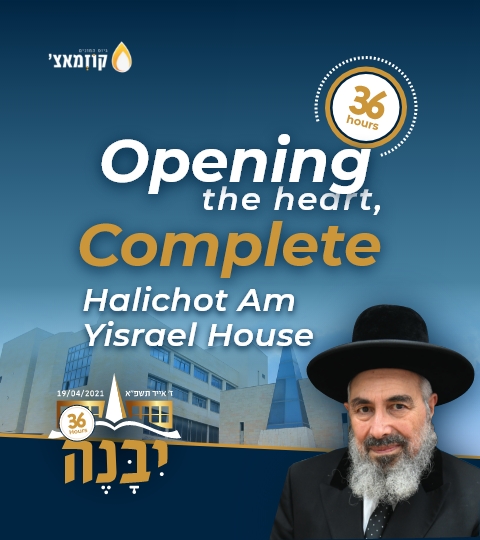 USD donations are tax-deductible in the US.

NIS donations are tax-deductible in Israel.

Sorry, couldn't find anyone by that name :(
Loading donors...
שמ

Donation through שמעון עוד רביב
AN

Roughly a decade ago, Rabbi Dr. Ratzon Arussi conceptualized a vast and ambitious project: the construction of a home for "Halichot Am Yisrael" organization which will house about 4 floors of classrooms, religious courts for monetary law (Dinei Mamonot), conference halls and lecture rooms, a large dining room, 43 guest rooms and a cafeteria, a library, a room to house “The Bible Museum” as well as a unique synagogue.

Objectives of the House of Halichot Am Yisrael:

A. World Center for Jewish Law: Our basic premise is that the State of Israel cannot be a Jewish-Democratic state without the Justice system expanding to include Jewish law (Mishpat Ivri), therefore in Halichot Am Yisrael House, legal (civil) proceedings will be settled according to Torah Law and in coordination with Israeli law. Unfortunately, the Israeli Court System is nearing collapse under its current enormous caseload. These courts will seek to provide a judicial, fast, efficient and discreet service, based on arbitration and on the basis of Jewish law. They will take into account the realities of our modern lives, ensuring the real and most appropriate connection between democracy and Judaism.

B. World Center for Conferences and Continuing Education in Judaism: This center will hold conferences for advanced studies on varied topics in Judaism for trainees from Israel and around the world, with the aim of establishing a deep-seated connection to the people of Israel, the Land of Israel and the State of Israel.

C. The “Bible Museum” (Beit HaTana”ch): The Home of the Bible will be moved from Tel Aviv to Halichot Am Yisrael House in Kiryat Ono. The new home will include a biblical museum which will be visited by elementary and high school students, members of youth groups, soldiers, immigrants and tourists. Lectures will be held by biblical experts emphasizing the Bible as the basis for our national unity, our claim to the Land of Israel and the establishment of the State of Israel as the state of the Jewish people. There will also be Bible study conferences for all interested with the opportunity to study and prepare for the International Bible Contests.

Today, a decade after launching of the project and about 34 million NIS invested, we are nearing completion. The infrastructure has already been built, and we are missing NIS 6 million to complete the project.

6 million NIS - this is the amount that stands between Rabbi Arussi and the fulfillment of his great vision.

6 million NIS - and a revolution of Jewish Law in the State of Israel will become a reality.

6 million NIS - and we will complete the construction of the World Center for Conferences and Advanced Studies in Judaism.

6 million NIS - and hundreds of thousands will visit “Bible Museum” every year at Halichot Am Yisrael House.

Most of the way is already behind us - you could be the one to complete this sacred mission that will help to create another spiritual level for the people of Israel in their land.

For a tour of the building together with Rabbi Ratzon Arusi Shlita, visit the link:

Contribute now to the "YIBANE" campaign and become a partner in the completion of this great house – “Halichot Am Yisrael House”.